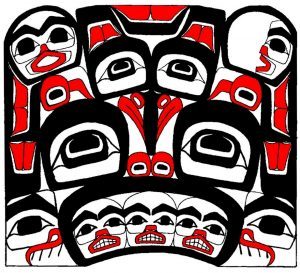 The Sitka Tribe of Alaska (STA) is alarmed but not surprised at the recent press release by Alaska Department of Fish and Game (ADF&G) that the Sitka Sound herring stock biomass is in sharp decline. The projected biomass of 44,237 tons is a 50 percent reduction from the 2013 post season biomass estimate and a […]

Dealing with barbarism: V-J Day and beyond

On September 2, 1945, V-J Day, the funeral-like solemnity of the Japanese surrender aboard the USS Missouri was shattered by the thunder of 400 B-29 bombers flying overhead, accompanied by an additional 1,500 carrier aircraft. In a bay packed with 260 Allied warships, the effect of such an overwhelming demonstration of power could hardly fail […]

Recently Alaskans watched horrific images from a tailings dam failure in British Columbia that released a flood of millions of gallons toxic water and sludge into an important watershed, just in advance of the salmon return.  We witnessed the devastated landscape and heartbroken people facing terrible unknowns about the future of their communities, their food, […]

Mead Treadwell is trying to create distance from the nine-figure profits his company Digimarc made by pushing a national ID card scheme to monitor and track Americans saying he “didn’t look into anybody’s window.”  Treadwell is going to have a tough time convincing Alaskans he hasn’t spent years developing new way to monitor Americans after […]