By Chloe Martin | Department of Justice on Oct 12, 2020Comments Off on FBI Arrest California Man on Drug Trafficking Charges

13 Pounds of Methamphetamine, Two Pounds of Cocaine Seized in Alaska 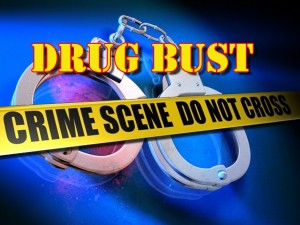 As part of this operation, the U.S. Attorney’s Office for the Central District of California announced the charges of several individuals, including Gipson, who allegedly participated in a Southern California-based outfit that trafficked large quantities of drugs to Alaska for further distribution.

After attempting to elude law enforcement, Gipson was taken into custody at 15th and Cordova in Anchorage. A search warrant served at an Anchorage residence used by Gipson resulted in the seizure of approximately 13 pounds of methamphetamine, two pounds of cocaine, one pound of marijuana, and two firearms – a MAC-9 and a stolen Glock pistol. Approximately $7,500 in cash was also seized at the time of Gipson’s arrest.

The national FBI SSTF Initiative began in January 1992 and was designed to enable each field office to address violent street gangs and drug-related violence through the establishment of FBI sponsored, long-term, proactive task forces focusing on violent gangs, crimes of violence, and the apprehension of violent fugitives.

This investigation was conducted in support of the Organized Crime Drug Enforcement Task Force, with assistance from the Anchorage Police Department and the U.S. Attorney’s Office for the District of Alaska.

An indictment contains allegations that a defendant has committed a crime. Every defendant is presumed innocent until and unless proven guilty beyond a reasonable doubt.