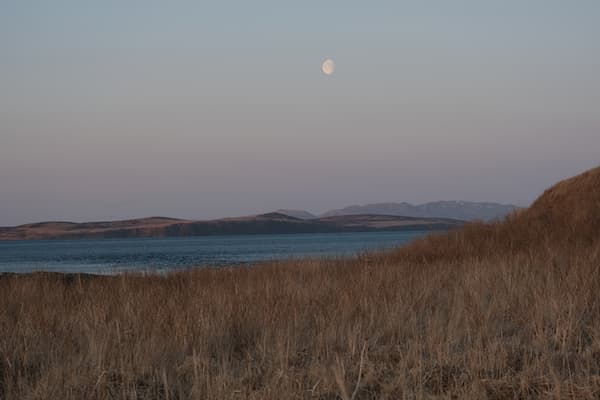 With a $49,301 Tribal Heritage Grant from the National Park Service, the Alutiiq Museum will study the history of Native settlement on Sitkinak Island. The grant, awarded to Koniag, Inc., will support a comprehensive archaeological survey of Sitkinak’s state lands. Research will focus on the coast of the island to locate and document ancestral villages. […] 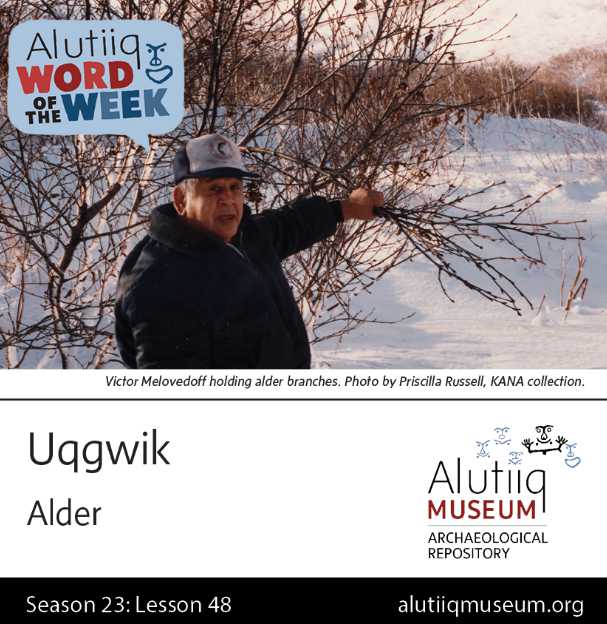 UQGWIK – ALDER UQGWIT KUA’AKAMENG CILLKATAARTUT. – WHEN ALDERS BURN, THEY MAKE A CRACKLING SOUND. Sitka alder (Alnus crispa) is a large shrub that grows up to twenty feet tall. Found commonly across the Kodiak Archipelago, this plant thrives in a wide range of environments, from mountain slopes to coastal meadows and the banks of […] 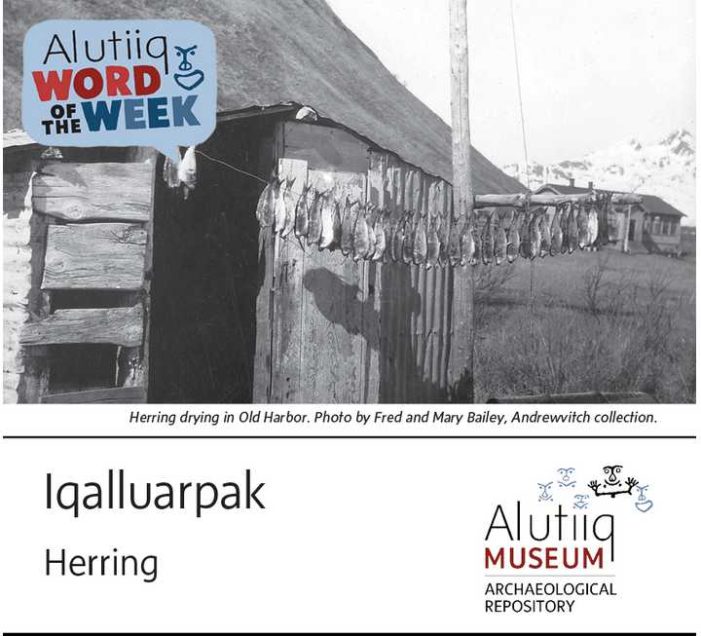 Iqalluarpak â€“ Herring Iqalluarpat amlertut kiagpak. â€“ Herring are plentiful this summer. Pacific herring (Clupea pallasi) are small marine fish that inhabit the near shore and continental shelf waters of the Gulf of Alaska. They spawn in at least thirty-five bays around Kodiak, with concentrations in Marmot Bay, Chiniak Bay, Sitkalidak Strait, and the fjords of […]

By Amy Steffian | Alutiiq Museum on May 9, 2021   Alutiiq Word of the Week & Museum News, Featured 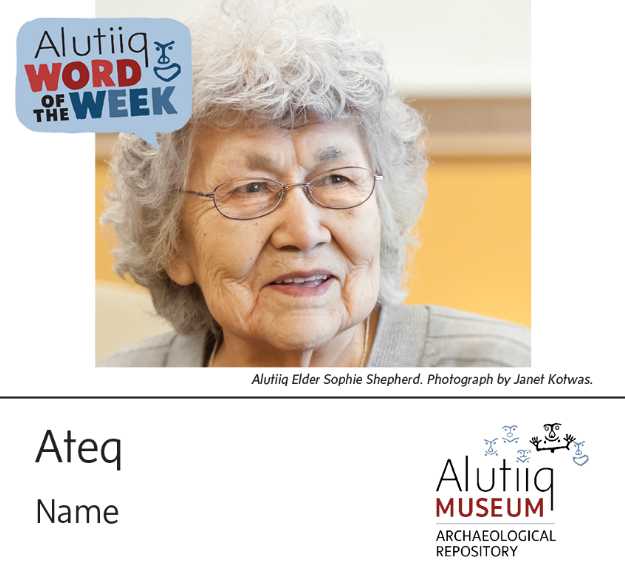 ATEQ – NAME GUI ATQA SOPHIE. – MY NAME IS SOPHIE. In classical Alutiiq society, children were often named for a beloved and recently deceased relative. Before birth, a child’s father would choose two such names, one for a boy and one for a girl. The child was not thought to resemble its namesake or […]