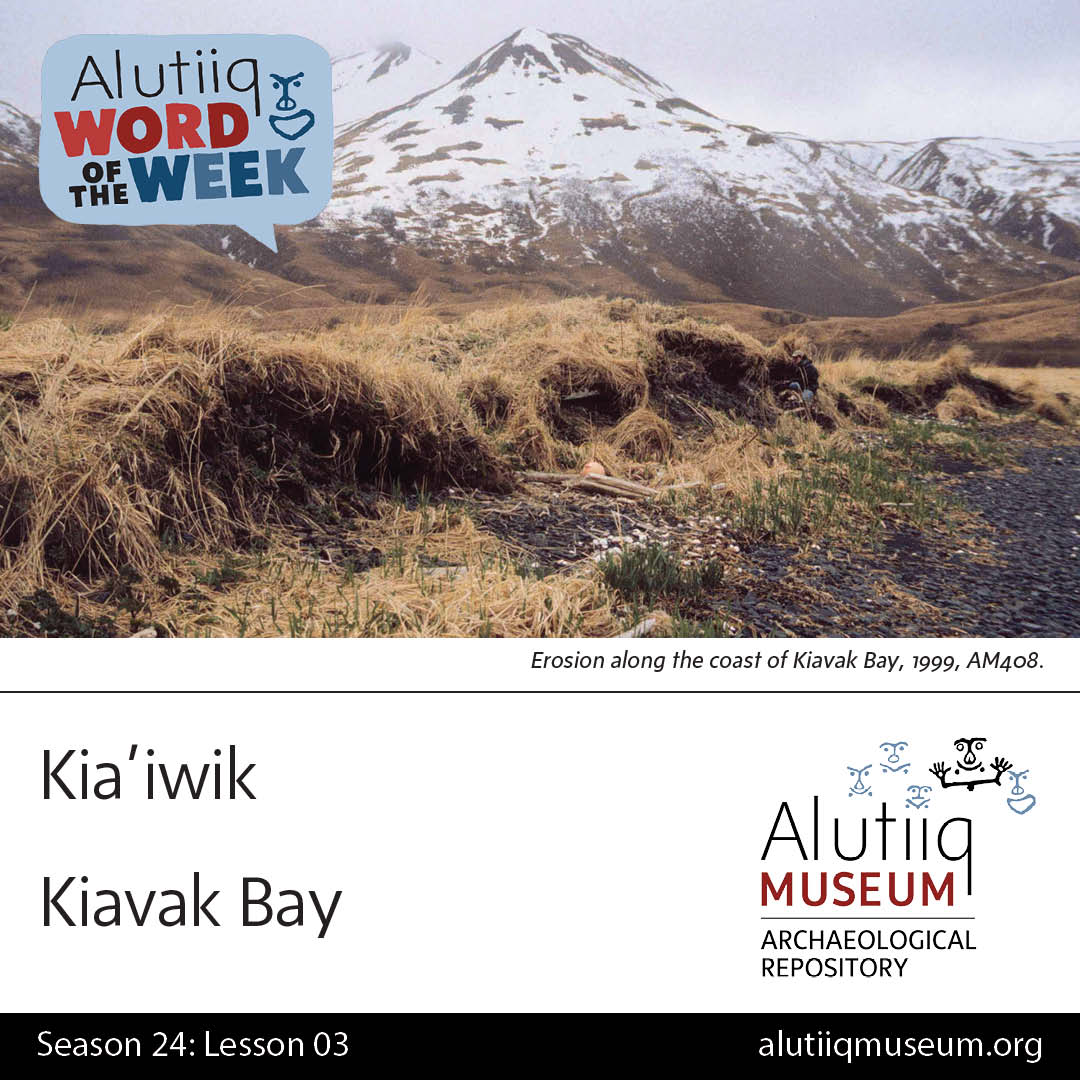 Kiavak Bay lies on the southeast coast of Kodiak Island. This long, narrow waterway stretches about 8 km west into the Kodiak Mountains. A spit divides the bay in two, creating distinct inner and outer environments. The outer bay is open, exposed, and filled with deep water. In contrast the inner bay is narrow and protected, with a sizeable salmon stream at its head. Here, the river valley opens to the west, providing overland access to aptly named Portage Bay.

Kiavak is an example of an Alutiiq place name, although its use and pronunciation have changed with time. The historic name Kia’iwik comes from the Alutiiq root for summer – kiak – and means a place to spend the summer. Historic sources report a settlement in nearby Three Saints Bay called Uksiwigkaq ­– a place that will be used to spend the winter.

Kia’iwik originally referred to an Alutiiq village, not an entire bay. Russian merchant Uri Lisianski visited Kia’iwik village in April of 1805 and spent several hours in the chief’s home. His journal indicates that the bay was called Naumliack. Over time, people equated the name of the village with the bay and altered Kia’iwik to its current pronunciation, Kiavak.

Alutiiq people lived in Kia’iwik village until about 1840 when the Russian American Company moved residents to Three Saints Bay. This relocation was part of an archipelago-wide effort to consolidate and control Alutiiq communities following the devastation of the 1838 smallpox epidemic. After that event, the bay was never permanently settled. However, by the turn of the twentieth-century people were once again spending their summers harvesting from its shores.