By Les Gara on Jul 9, 2014Comments Off on Devil in the Details: Forums on Upcoming Oil Tax Repeal Referendum; November Initiatives 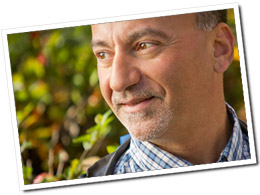 As with all laws, the devil is in the details.  Laws that sound good are often loaded with special interest provisions.  The publicly discussed sound bites – especially on the August 19 vote on repealing the 2013 oil tax rollback pushed by Governor Parnell – don’t help a lot.  I wrote an Op Ed last month on this issue.  It is linked HERE if you’d like to share it, and the text follows if you don’t wish to use the link.

Three other initiatives will be voted on in November, and I’ll discuss those in more detail later.  All four will be discussed in upcoming public forums, which I’d recommend so you can hear from both sides, rather than just the side that takes out the most TV, radio and newspaper ads.  It might not shock you that the latter tend to be misleading and one-sided.

That will kill construction, teaching, infrastructure, energy, and other jobs, and ripple through the economy in terms of lost consumer dollars, and in turn harm businesses and the economy.

A little mentioned part of the 2013 law, SB 21, will leave Alaskans with one of the lowest state revenue shares in the world as it continuously falls.  It should be repealed and rewritten.  The current law actually falls over time from an effective rate of 23% today towards a “Banana Republic” rate of 13% in the future at current oil prices (Scott Goldsmith Report, May, 2014).  That is discussed in more detail in my linked Op Ed.

The other initiatives on Pebble Mine, increasing the minimum wage and marijuana legalization are on the November ballot.  I am supporting the initiatives to raise the minimum wage, and to bar Pebble from going forward unless current law is met, and a new requirement of Legislative approval follows.  I am still listening and making a definitive decision on the last initiative before I take a strong yes or no position on it, and have not had the time to see how legalization is working in Colorado and Washington.

Alaska Common Ground is sponsoring a series of forums on the upcoming August referendum on oil taxes (SB 21 repeal) and the three initiatives appearing on the November ballot.

This will be an opportunity for voters to hear experts discuss the pro and con positions for each measure.

Events will be held at the Wilda Marston Theatre in the Loussac Library, Wednesday evenings from 7 to 9 pm, starting July 23rd. These events are free and open to the public.

Each forum will give voters the opportunity to listen, ask questions, and make informed decisions about how to vote in the August primary election and November general election.    The Anchorage Public Libraries and the League of Women Voters of Anchorage are cosponsoring these events.

As always, let us know if we can help. And, feel free to share your thoughts.

State’s Forecast of a 40% Decline in Future Production Under SB 21, and the Little-Mentioned Disappearing Oil Company Tax Rate.

OPINION: To spur local investment, Alaska should require companies to invest in Alaska to earn reasonable tax breaks. Letting them spend Alaska tax breaks Outside is a mistake.

There are a number of little mentioned, troubling facts about Alaska’s 2013 oil tax rollback — Senate Bill 21. For one, proponents inserted a special-interest provision that continually reduces Alaska’s revenue share for our oil, indefinitely into the future. The London and Houston executives, who’ve blitzed you with $8 million in ads and PR, have smartly kept this quiet.

This “disappearing revenue” provision continually lowers the tax rate on oil companies from SB 21’s reduced 27 percent effective rate on profits today, to roughly half that in future years. Oil companies will get the gift of among the lowest tax rates in the world, at your expense.

I want you to be informed when you vote on repealing this law in August. SB 21 is a pathway to underfunded schools, lost road and energy project jobs, and continued $1 billion-plus deficits.

Repealing SB 21 will tell legislators to write a law that provides a fair share for our oil, and effective oil production incentives. Allowing corporations to take the billions they’ll get from a reduced Alaska share, to spend on their foreign oil operations, isn’t a fair partnership. Reasonable tax breaks should be earned by investing in Alaska.

SB 21 includes an ill-conceived handout that makes fatter profits for oil corporations, but little sense for you. It was falsely billed as an incentive for “new oil.” The trouble is it pretended to “incentivize” oil that was already being produced.

This 40 percent cut to Alaska’s revenue share applies to most new oil that will ever be produced in Alaska, and to fields where production had been announced years before SB 21.

It applies to Point Thomson, where Exxon illegally withheld production for 30 years. In 2007 Alaska finally filed legal proceedings to force Exxon to honor lease requirements to develop this field. SB 21 gives Exxon a 40 percent reward for illegal behavior, on oil it was already required to produce.

This false “incentive” applies to Oooguruk and Nikaitchuq, which began production before SB 21. That oil also wasn’t “incentivized” by this 40 percent handout.

It applies to fields companies long ago announced would be produced under ACES (the law SB 21 replaced). These include Conoco’s NPR-A CD-5 unit, Mustang, the southwest corner of Kuparuk, and other fields corporation-hired TV actors falsely claim are a miraculous result of SB 21.

Smart policy means NOT giving away billions for production that was already going to happen.
This 40 percent revenue reduction (which varies slightly with oil prices and costs), shaved from an already reduced state share, applies to new pools of oil in high-profit fields, like Prudhoe Bay, and to all future fields. SB 21’s current, low 27 percent rate will keep falling. As old fields are replaced with new ones, all fields will eventually get this 40 percent reduced rate.

State forecasts also show less oil under SB 21 than under ACES. The state has forecasted more North Slope oil by 2022 under ACES (Spring, 2013 ACES report) than under SB 21 (April, 2014 SB 21 report).
To spur local investment, we should require companies to invest IN ALASKA to earn reasonable tax breaks. Letting them spend Alaska tax breaks Outside is one reason for this decline.

And Scott Goldsmith’s report? It concedes SB 21 would have reduced Alaska revenue by over $1 billion per year if it were in place at 2012 and 2013’s higher oil prices. SB 21 should be replaced by a law letting Alaskans share fairly when high prices create staggering corporate profits.

Rep. Les Gara is a Democratic member of the Alaska House of Representatives. He represents neighborhoods in Anchorage.