By Alaska Native News on Jan 13, 2021Comments Off on Driver Dies in Fatal Seward Highway Collision with Grader Tuesday Afternoon 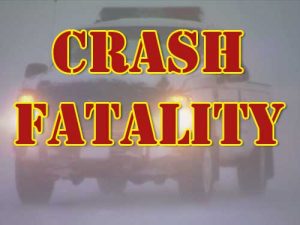 AST reports that the driver of a 2019 Volkswagen Golf died in a collision at mile 30 of the Seward Highway on Tuesday afternoon.

At 1:33 pm on January 12th, the Golf was traveling on the highway headed north at a high rate of speed and crashed into the rear end of a DOT road grader plowing the highway.

The driver of the  Volkswagen, whose name has not been released pending next of kin notification, was fatally injured in the crash and was declared deceased at the scene.

While the operator of the road grader suffered no injuries, both vehicles needed to be towed from the scene.

Troopers say that alcohol appeared to have played a factor in the incident and the driver of the Golf was not wearing a seatbelt at the time of the collision.