By Ned Rozell | Geophysical Institute on Nov 29, 2019   Featured, The Arctic and Alaska Science 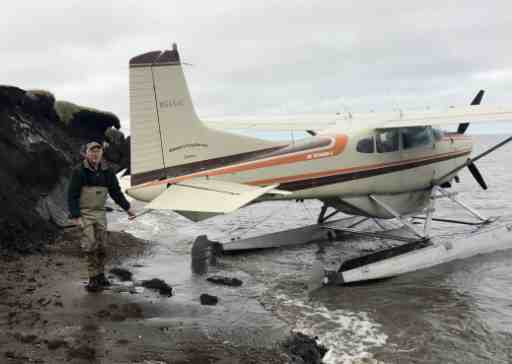 Forty years later, another plastic canary has come home to roost. In August, University of Alaska Fairbanks scientist Ben Jones was hiking near Drew Point on the northern coast of Alaska. He noticed pilot Jim Webster walking toward him, while flicking a little yellow Frisbee his way. That yellow plastic disc, about 7 inches round, […]