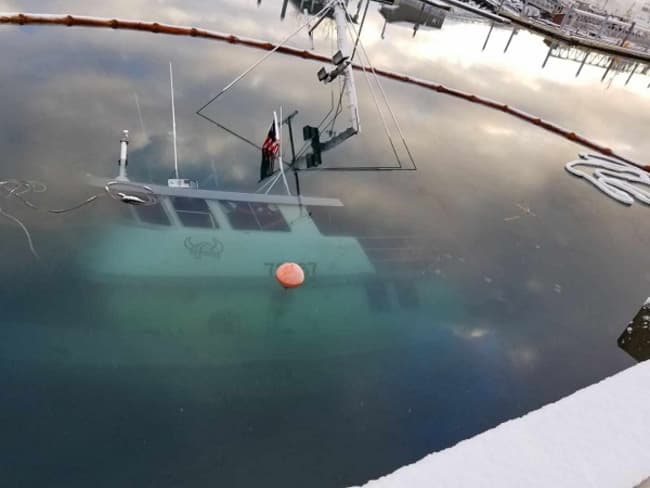 [dropcap]C[/dropcap]ontainment boom has been re-deployed around the sunken f/v Nordic Viking, the commercial fishing vessel that sunk at Seward’s T-Dock on Sunday morning after the shifting vessel pulled down the originally deployed boom as it settled further into the water. In addition to re-deployment of oil spill boom, divers from Storm Chasers Marine Services […] 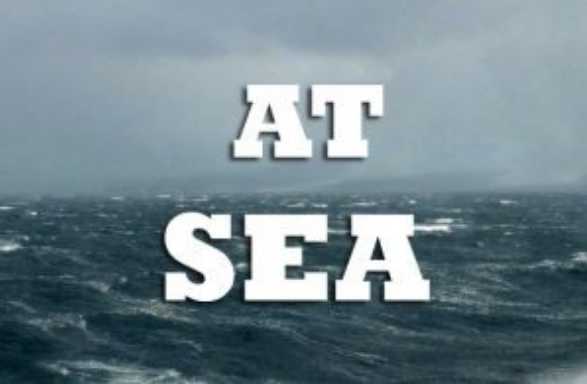 The Public Safety Officer in Pilot Point called the United States Coast Guard to report a man who was lost after falling overboard from a fishing vessel on the Ugashik River on Thursday. According to the report on the trooper dispatch, 25-year-old Grant Hildreth Jr was working aboard the F/V Cape Greg when he fell overboard […] 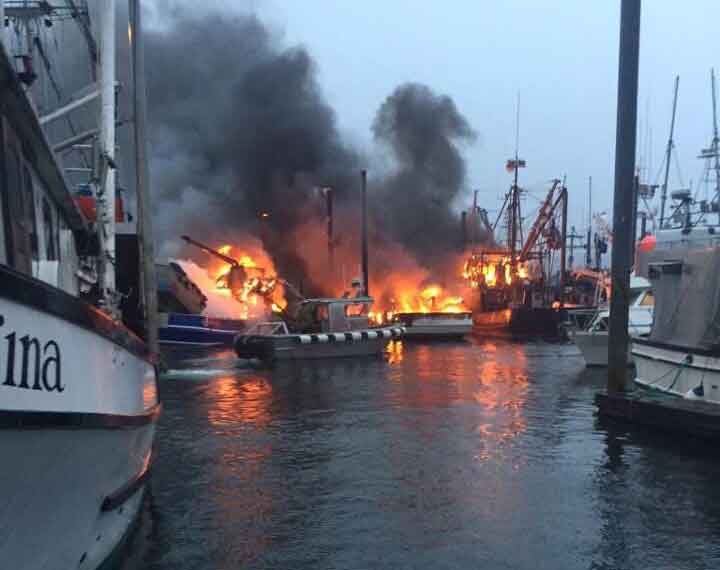 The commercial fishing seasons of captains and crews of three fishing vessels that caught fire in Craig may have gone up in smoke over the weekend. Authorities were alerted to the three-vessel fire that broke out, severely damaging the 57-foot F/V Seaborn, 56-foot F/V Pacific Lady, and the 49-foot F/V Julia Kae at 3:30 am on […] 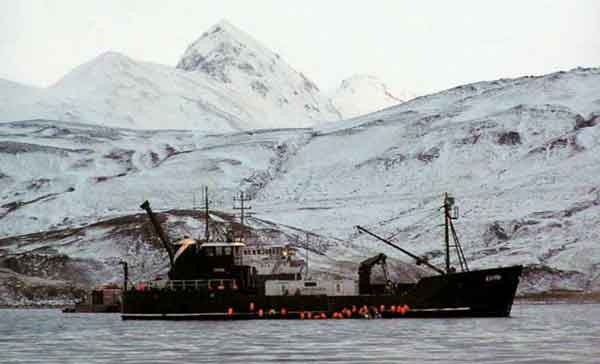 The U.S. Coast Guard announced late Thursday that the search for two persons missing as a result of the F/V Exito has been called off. Five mariners were aboard the vessel when it went down 14 miles northeast of Dutch Harbor on Tuesday evening. Another vessel nearby, the Afognak Strait, responded to the sinking vessel […]