By Amy Steffian | Alutiiq Museum on Jan 3, 2021Comments Off on Calendar-Alutiiq Word of the Week-January 3rd 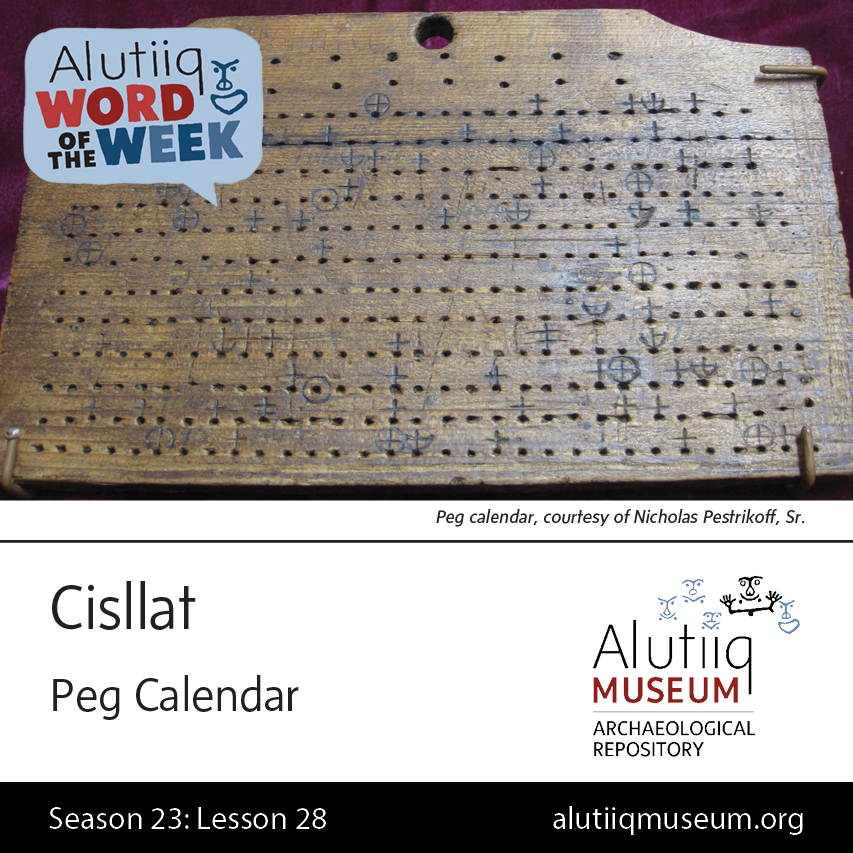 Charting the passage of time was once a relative process. Alutiiq people noted the seasons by following changes in the natural environment and in the economic and social activities that accompanied the yearly cycle. With the introduction of Russian Orthodoxy, however, the Alutiiq faithful adopted Russian-style peg calendars to track their days.

Peg calendars were typically fashioned of wood. Some were small boxes with a calendar carved in the lid. Other calendars were designed to hang on a wall. Each calendar had a flat surface with evenly divided segments representing the months of the year. Each segment had a series of holes representing the days of that month. A small peg was moved from hole to hole to signify the date. Calendars usually started on September 1, the first day of the ecclesiastical year. Special symbols adorned peg holes representing Sundays and church holidays. Each family then added markings to represent special household occasions — family member’s name days and the feast days of beloved saints.

Siberian fur traders introduced peg calendars to Alaska in the eighteenth century. Used in Orthodox communities throughout the state, they were commonly kept in the eastern corner of the house where religious icons were reverently displayed. A senior member of the household moved the peg daily to track the religious calendar. Although Elders remember using these calendars, they were gradually replaced by American-style paper calendars in the later decades of the twentieth century. Today, many examples can be seen in museum collections.