By Amy Steffian | Alutiiq Museum on May 30, 2021Comments Off on Porpoise-Alutiiq Word of the Week-May 30th 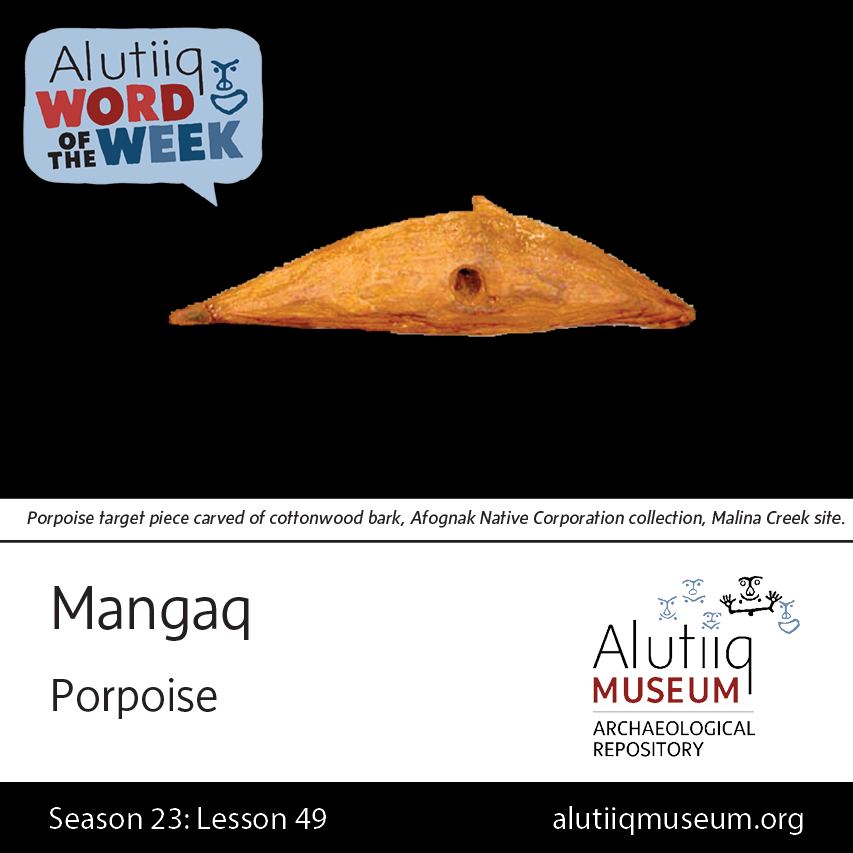 Two varieties of porpoise frequent Kodiak’s coastal waters: the harbor porpoise (Phocoena phocoena) and the Dahl porpoise (Phocoenoides dalli). These swift, muscular animals are members of the cetacean family, a group of marine mammals that includes whales. Porpoises feed on fish and invertebrates in coastal waters and are known to follow boats. Porpoise bones in ancient coastal middens illustrate that Alutiiq people have been harvesting these animals for at least six thousand years.

Alutiiq people hunted porpoises in spring and summer. Men in kayaks carrying sharp-ended harpoons pursued them in the water. Like whales or sea otters, they had to be taken at sea and could not be ambushed at rookeries like seals and sea lions. Therefore, porpoise hunting was a much more difficult and risky undertaking. A traditional Alutiiq dart game, where kneeling players toss darts at a swinging porpoise model, highlights the enormous skill involved in killing and landing a porpoise. In addition to food, Alutiiq ancestors coveted porpoise for their sinew, particularly the long fibers that run along the animal’s spine and tail. These were separated into thread for fine embroidery and into line for kayaks and hunting gear.