By Alaska Native News on Aug 25, 2015Comments Off on Search Continues for Two Missing Boaters on Eek Lake 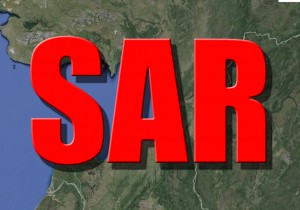 Alaska State Troopers were advised that two boaters, 40-year-old Ronald Green of Eek and 23-year-old Alicia Sharp of Quihagak, were overdue and had not arrived Sunday night as planned. According to troopers, it was reported that the two had last been seen at 8:30 pm on Sunday in a red 18-foot Lund skiff at Napaskiak near Eek Lake.

Troopers contacted local airlines, identified the skiff and asked them to be on the lookout for the missing boaters. The Napskiak VPSO and another searcher also went out and searched the lake between Eek and Napaskiak.

As weather deteriorates, trooper and wildlife aircraft remained grounded in the wind and rain.

Search efforts are continuing Tuesday and two boats are currently canvassing the area on the lake between the two communities.

Next of kin for both individuals have been apprised of the situation and the search.