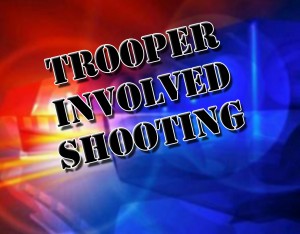 Selawik-based troopers report a fatality in a trooper-involved shooting on Thursday.

Troopers report that AST responded to a burglary involving a firearm at 5:02 am on Thursday and searched the area before locating two suspects, one armed with a shotgun.

At 5:40, the officer “perceived a threat” and discharged their service weapon at 26-year-old Douglas Brown of Selawik killing him.

The Alaska Bureau of Investigation responded to the village to conduct an investigation into the shooting. Once the investigation is complete it will be turned over to the Alaska Department of Law’s Office of Special Prosecutions for review

The officer involved was placed on administrative leave and their identity will be divulged after the mandatory 72 hour waiting period.

Brown’s remains were sent to the State Medical Examiner’s office in Anchorage.