By Amy Steffian | Alutiiq Museum on Jan 27, 2019Comments Off on Fox-Alutiiq Word of the Week-January 27th 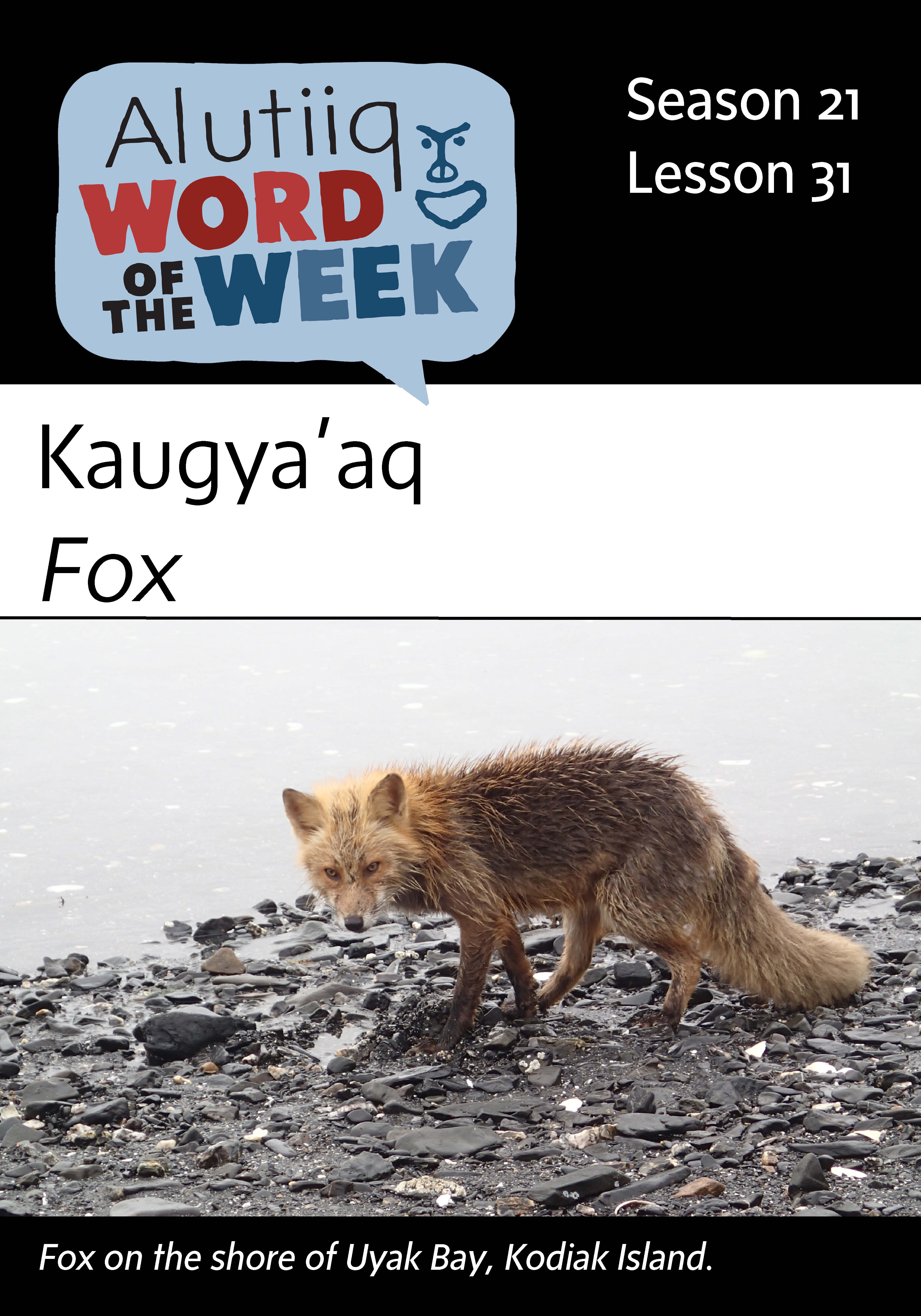 Kodiak is home to several varieties of fox (Vulpes vulpes). Coastal habitats support both red-furred animals as well as their darker cousins the silver and cross fox. Foxes are one of the region’s six indigenous land mammals, present in the archipelago for thousands of years. They occur throughout the archipelago, with the exception of the Trinity Islands. Foxes den in meadows and along stream banks but forage primarily in coastal habitats where they prey on rodents, birds, eggs, insects, fruit, and carrion. They are also adept at living near human habitations, where they forage in garbage.

Alutiiq people traditionally harvested foxes for fur, because their meat has an unpleasant musty taste. They were only taken for food in extreme emergencies. In fall, people hunted foxes with bows and arrows, snared them along habitually used trails, or since historic times, captured them with traps.

At the end of the nineteenth century, Alutiiq people participated in fox farming, an industry that developed to help trappers secure a stable income. There were seven major fox farms in the Kodiak Archipelago, located on small, uninhabited islands. The largest was on Long Island, where more than one thousand animals were raised on locally caught salmon.