By Amy Steffian | Alutiiq Museum on Jan 10, 2021Comments Off on Meteor-Alutiiq Word of the Week-January 10th 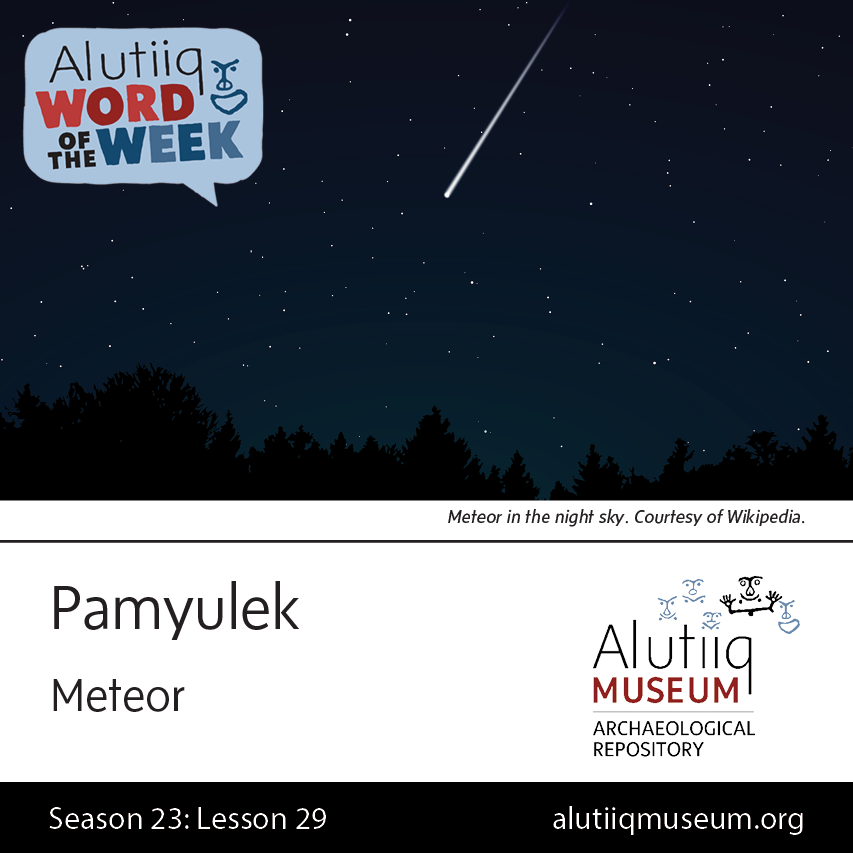 A meteor is a piece of space rock that burns as it falls through the Earth’s atmosphere, creating a bright streak in the night sky. The Alutiiq term for meteor—pamyulek—comes from the word pamyuq for tail or handle; something that extends out from an object. As such, pamyulek refers to the tail of light created by a meteor. This word can also be used for a comet.

In Alutiiq legends, a large meteor was believed to be a person flying in a sphere of light. An encounter with such a person was dangerous and likely to result in death, especially if you recognized the flier. If this happened, you were advised to capture the person’s shadow in your palm. This averted death.

In contrast, smaller meteors were thought to be the excrement of stars. People considered them to be the droppings of the one-eyed men who lie on the ground and stare down at the Earth from the lowest layer of the sky world. Karluk people used to say, “mit’aq anaqartuq”, or a star pooped! This is an apt description. According to NASA, over 48 tons of space rock, or meteoroids fall toward the Earth every day. Much of this material is debris left behind by comets.