By Amy Steffian | Alutiiq Museum on Jan 6, 2020Comments Off on Starring-Alutiiq Word of the Week-January 6 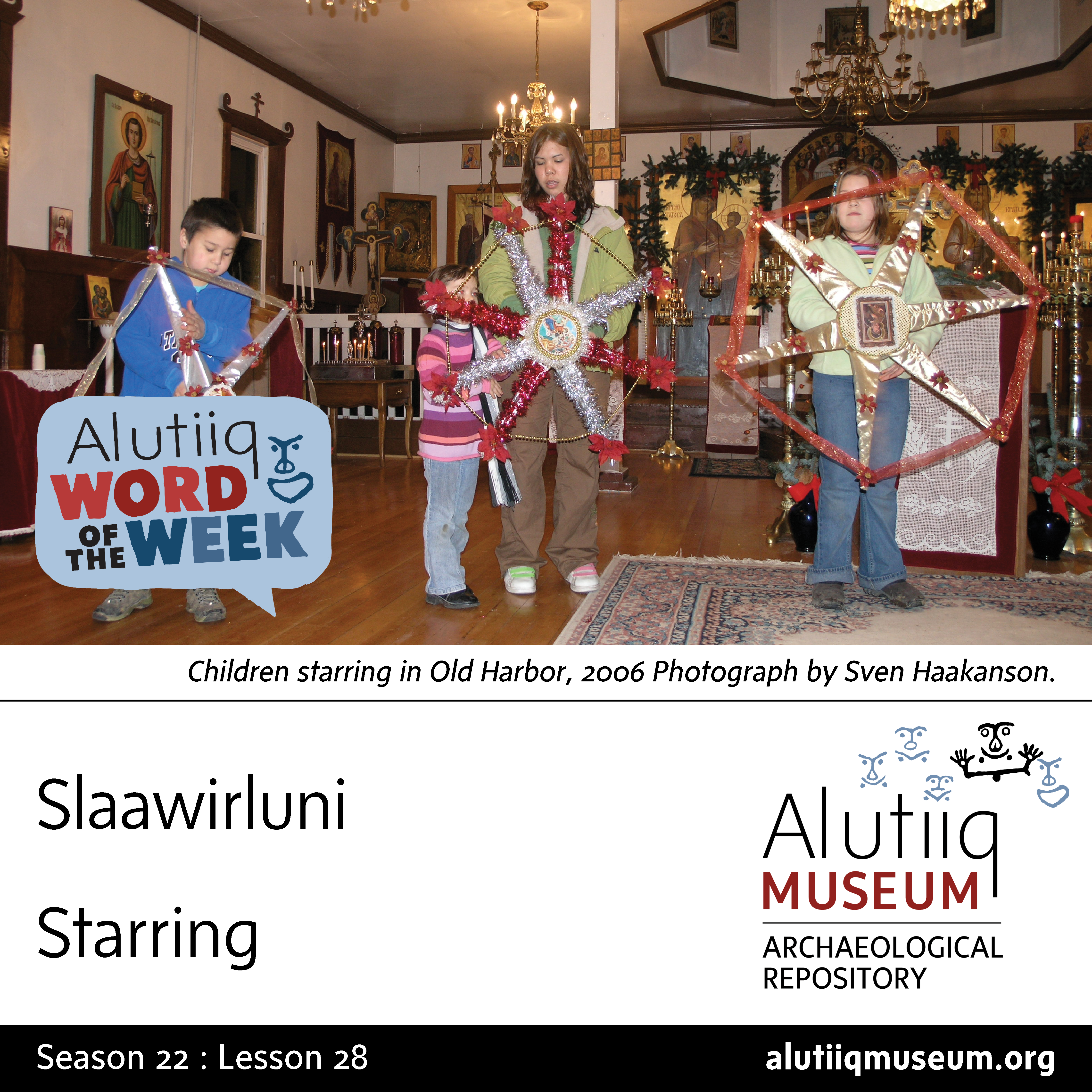 Each January, the Russian Orthodox faithful in Alutiiq communities honor the birth of Christ with starring, a caroling celebration. Carolers travel from house to house carrying a large, brightly decorated, twirling star that symbolizes the Star of Bethlehem. They announce the birth of Jesus with songs and receive refreshments in return. This custom combines Christian symbols with Alutiiq winter traditions of visiting, feasting, singing, and dancing.

In Akhiok, starring traditionally lasts for four nights. For the first three, children with plastic bags collect candy as they carol from house to house. The festivities begin in the evening and may last into the small hours of the morning. Some families feed the carolers a meal, others offer a hot drink or a snack.

On the fourth night masked adults masquerade from house to house, dancing and singing until they are recognized by their hosts and must quit for the night. Many wear pillowcases over their heads, stuff their clothing, cover themselves with black wool blankets, and disguise their voices to hide their identities.

Masking carries with it the dangerous possibility that a spirit will join the group. One local story tells of a masking group that discovered a stranger in their midst. When the men removed the stranger’s mask, there was no one behind it and a flash of light flew into the sky!

Kodiak’s annual masquerade ball, held each January 14 in honor of Russian New Year, is descended from the masking tradition.