Growing Calls for US Intelligence to Clear Up Russian Meddling Allegations

By Jeff Seldin | VOA on Feb 26, 2020Comments Off on Growing Calls for US Intelligence to Clear Up Russian Meddling Allegations 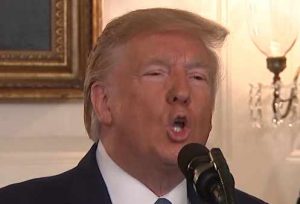 WASHINGTON – Pressure appears to be building on the White House and U.S. intelligence agencies to declassify some information and brief the public on possible Russian attempts to meddle in the upcoming presidential election.

Much of the push is coming from former U.S. intelligence and security officials upset at a series of leaks that led to reports Russia was trying to bolster the campaigns of both President Donald Trump and one of his Democratic challengers, Vermont Senator Bernie Sanders.

But some of the pressure is also coming from lawmakers who want see the American public get what they describe as an untainted assessment of what Russia is and is not doing, rather than see the allegations used for domestic political gain.

Congressional officials say, so far, lawmakers have not made any official requests to the intelligence agencies for any sort of public briefing or official statement on possible Russian meddling, due to concerns about protecting intelligence sources and methods.

Still, the officials note some sort of public disclosure is in line with the recommendations of a bipartisan report issued earlier this month by the Senate Intelligence Committee, which warned against keeping voters in the dark.

“The public should be informed as soon as possible, with a clear and succinct statement of the threat, even if the information is incomplete,” the report stated. “Delaying the release of information allows inaccurate narratives to spread, which makes the task of informing the public significantly harder.”

Both the White House and the Office of the Director of National Intelligence declined to comment when asked by VOA if a plan to share some of the latest intelligence with the public was under consideration.

“Intelligence never told me,” he told reporters. “And we have a couple of people here that would know very well.”

Other Trump administration officials have also forcefully denied the reports of Russian meddling to boost the president.

It is those contradicting narratives that have former intelligence and security officials calling for some sort of public disclosure.

“Indications and warnings of threats to our democratic process are not like fine wine, getting better with age,” Daniel Hoffman, a former CIA chief of station, said. “We learned from 2016, we need a coordinated assessment based on the facts rather than innuendo and poor analysis tinged with confirmation bias.”

At least one White House official has indicated an openness to sharing some of the existing intelligence with the public.

“I’d have no problem with that,” U.S. National Security Advisor Robert O’Brien told CBS’s Face the Nation on Sunday. “If there’s intelligence that we can declassify, that we can get out there — all the better — because, again, we weren’t in office in 2016 when the last election meddling took place and the administration did very little about it.”

However, some of those who were in office in 2016 accuse the Trump administration of doing even less.

“It is vital that the Trump administration declassify what we know so it can be described by our intelligence community publicly, so the voters are armed with this information,” Jeh Johnson, who served as Homeland Security secretary under former President Barack Obama, said during a forum in Detroit Monday.

“That’s what we did in the prior administration,” he added, referring to a statement he and other top officials issued in October 2016 blaming Russia for hacking and then leaking emails from the Democratic National Committee.

Some Democratic lawmakers have also seized upon the president’s handling of the latest allegations of Russian meddling.

“What does the president do in response to that information? He fires the head of the intelligence community,” Democratic Senator Chris Van Hollen said on the floor of the Senate late Tuesday, arguing for the passage of election security legislation.

“He fires them because he doesn’t want them to tell Congress what the Russians are doing,” he said.

Trump administration officials have consistently pushed back, arguing the president has made it clear that interference by Russia or anyone else will not be tolerated.

“Meddling in our elections is unacceptable,” Secretary of State Mike Pompeo told reporters Tuesday. “Should Russia or any foreign actor take steps to undermine our democratic processes, we will take action in response.”

Some former intelligence officials caution that President Trump’s long-contentious relationship with U.S. intelligence agencies, dating back to their 2017 assessment that Russia did seek to help Trump win the election, is hurting the administration’s credibility.

“One doesn’t get a warm and fuzzy feeling,” said Larry Pfeiffer, a former CIA chief of staff and former senior director of the White House Situation Room, who has been critical of Trump in the past. “The congressional intelligence committees should demand open hearings in order to assure the American people, and closed hearings in order to conduct appropriate oversight of the activities to assess that threat.”

Katherine Gypson contributed to this report.