By Alaska Native News on Aug 15, 2018Comments Off on Monday’s East 20th Homicide Suspect in Custody 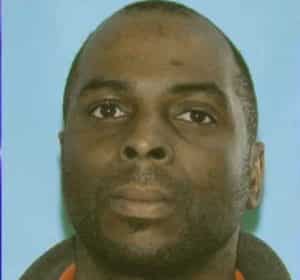 Anchorage police reported on Tuesday that the murder suspect in the Monday evening E. 20th Ave. homicide investigation came into the police department and turned himself in.

According to the report, within an hour and a half of warrant being issued for the suspect, identified as 47-year-old Harry J Steward, Junior, walked into the department and gave himself up.

The investigation was opened at 7:28 PM on Monday evening after officers responded to the 1000 block of E. 20th Ave. to find a deceased adult male inside the home. The preliminary investigation conducted at the scene would determine that H Steward got into a verbal altercation with another adult male, who was identified as H Steward’s 33-year-old brother Robert Steward, and during the altercation H Steward produced a handgun and shot his brother killing him.

H Steward Clint scene before the arrival of investigators and his whereabouts were temporarily unknown. Officers were able to open a dialogue via telephone. The suspect told police that he would turn himself in. He did so at 12:28 PM on Tuesday afternoon.

He was charged with murder II. He was transported to the Anchorage jail where he was remanded on the charge.